Notes on Programming as a practice. Collect notes about programming language at the “language” level without getting into specific details of each language. “on,” “about,” “of” programming.

I would not recommend this book to beginners - this book is most useful when you are experienced enough that your struggle is to make choices, not to get things to work. – HN

Our statistical analysis reveals, most notably, that: functional and scripting languages are more concise than procedural and object-oriented languages; C is hard to beat when it comes to raw speed on large inputs, but performance differences over inputs of moderate size are less pronounced and allow even interpreted languages to be competitive; compiled strongly-typed languages, where more defects can be caught at compile time, are less prone to runtime failures than interpreted or weakly-typed languages. 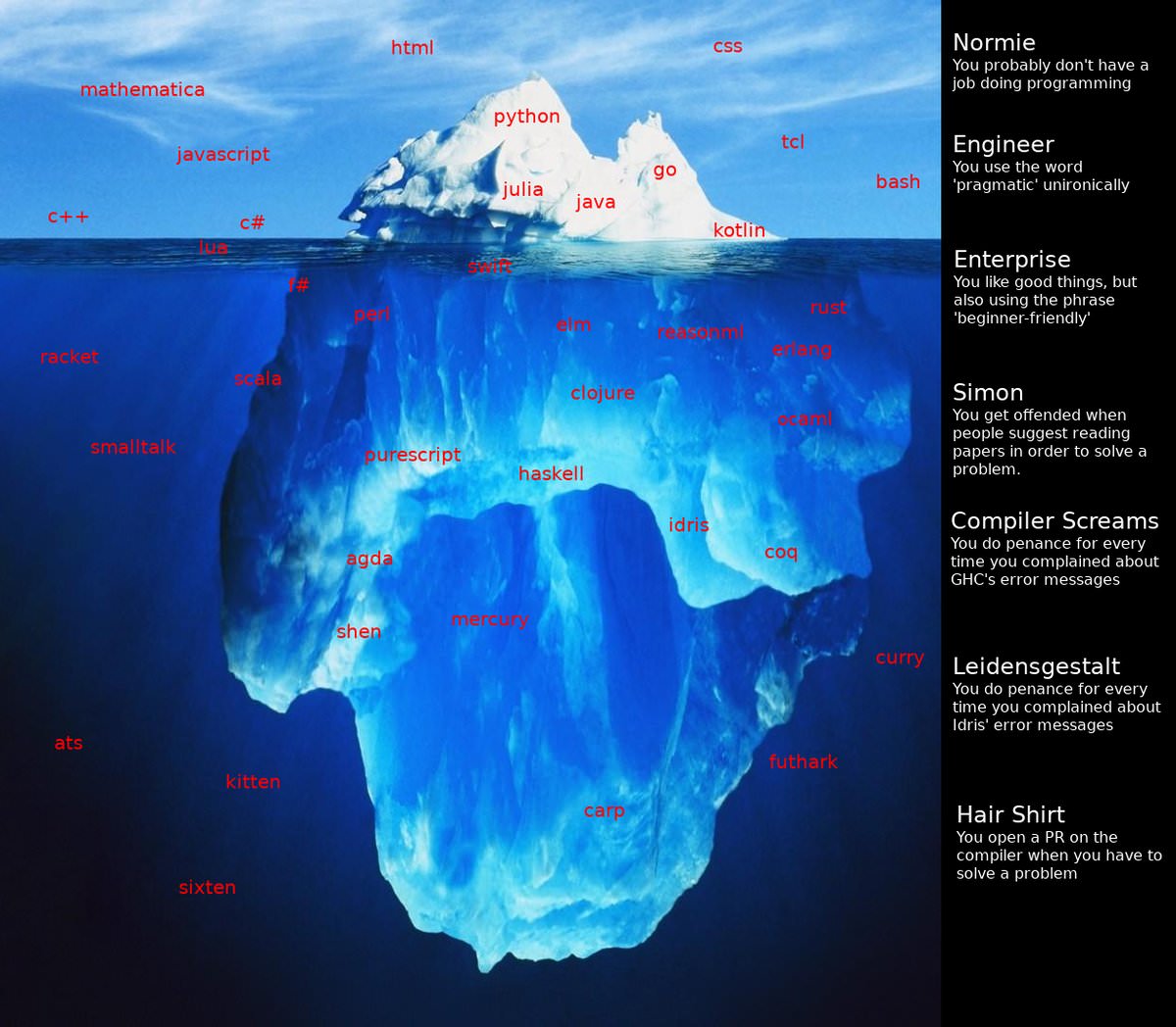