Applications on top of PostgreSQL 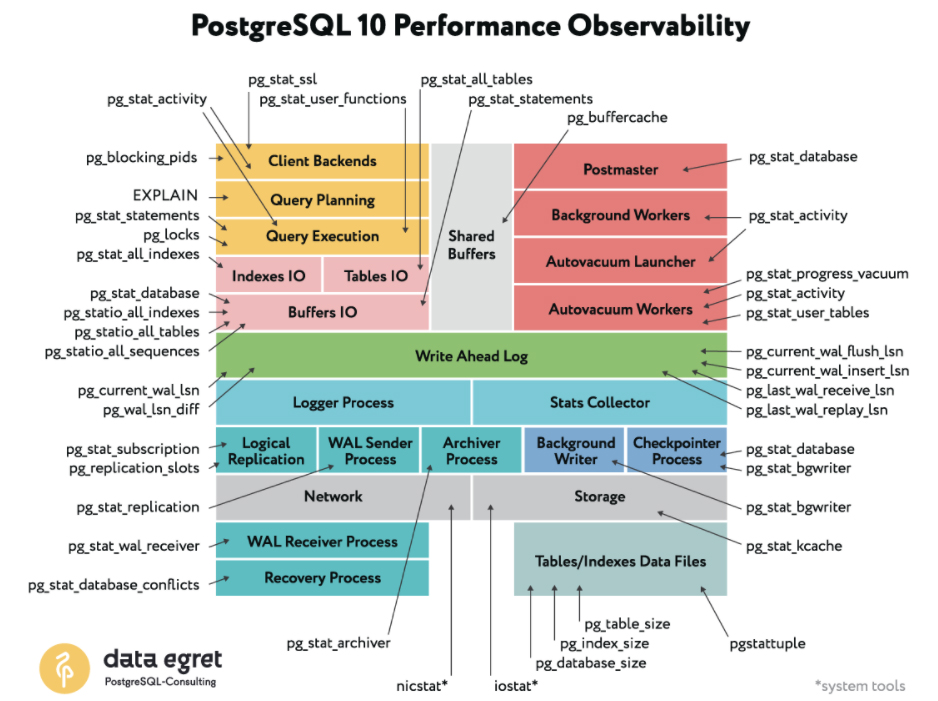 We’ve been working on migrating from Oracle to Postgres for a few years now. We are about 2 weeks from being finished. It is not for the faint of heart, but it is totally worth it. The documentation is much much better, performance is equivalent or better, the sql dialect is saner, etc. Other than moving the data itself (ora2pg was invaluable for this), rewriting the queries is what has taken the most amount of time. Some of our tips on differences between oracle and postgres sql:

This is a recollection of the UC Berkeley Postgres project, which was led by Mike Stonebraker from the mid-1980’s to the mid-1990’s. The article was solicited for Stonebraker’s Turing Award book, as one of many personal/historical recollections. As a result it focuses on Stonebraker’s design ideas and leadership. But Stonebraker was never a coder, and he stayed out of the way of his development team. The Postgres codebase was the work of a team of brilliant students and the occasional university “staff programmers” who had little more experience (and only slightly more compensation) than the students. I was lucky to join that team as a student during the latter years of the project....